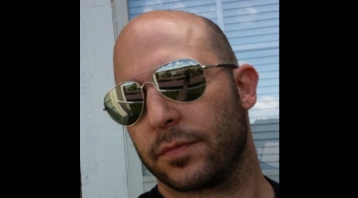 Let’s be honest about something. Trying to achieve success in life sucks! It is a constant, agonizing, brutal fight that takes no prisoners and is completely relentless. All around us, there is nothing but a sea of people – each one pushing, shoving, and knocking others down; trampling with no regard.

A vicious game of “King of The Hill” pretty much paints the picture.

In that scrum, we, as human beings, have lost our way. We have lost touch with truly important life things and forgotten what success really means. Feelings of sensitivity, compassion, empathy, and remorse have been thrown to the wayside. We have become desensitized.

Think about meeting someone for the first time. Anymore, we have reduced ourselves to mostly superficial questions: What is your occupation? What title do you hold? What neighborhood do you live in? How big is your house? What kind of car do you drive?

Questions like these have become the base of increasingly rare human-to-human interaction. And, if you notice, those questions all have a similar success baseline theme: “Tell me what you do because that will help me figure out how much you make…”

Let’s just say, you had a better chance of escaping from Alcatraz in its heyday than you do being considered successful without money, and avoiding this stigmatic meteor is virtually impossible. Worse, still? Attempting to do so only makes the pressure of succumbing to it worse.

So if you can’t avoid it, then we move to “who has what?” – the have’s versus the have-nots – though, maybe not in the way you’d think.

First, let’s be clear about something. I’m not speaking of material things when I refer to the “Haves.” I’m actually talking about those who have a fulfilled life that is encompassed by joy, happiness, love, and acceptance.

And while they say money can’t buy you love; lacking money a lot of times reduces many “have” opportunities for a person and can lead to a very isolated place – a place I like to refer to as, “No-land.” No respectable social platform, no self-confidence, no community acceptance and, for the most part, nowhere to go.

Before that all happens, however, we obviously are all created the same way. Out of the womb, we’re all covered in a film of birth-y shit. We start as equals. Then, though, we immediately are led down different paths. Some of us get cleaned off with a “Hotel Collection” towel from Macy’s. Others of us get a Wal-Mart special rag. The point is, obviously, people are born into different social classes, with broadly different upbringings and achieve varying levels of education. That is well understood. The issue at hand here, though, is the basic rule for class separation in the first place – money.

That’s some high power! But, why does money possess such incredible power outside of its designated purpose? Why does money get to have such a say in our successes? After all, when stripped away and broken down to its core, what exactly is this godly, universe-ruling, king of all kings? Money is currency.

That’s all it is.

Something so extremely powerful couldn’t be reduced to such a simple word like, “currency”… could it?
I’m afraid so.

A six-word definition is all that’s needed to describe money as currency. “It’s a circulating medium of exchange.” Its form can vary from metal to paper, but its sole purpose remains the same. Money is used to buy things.

That’s all! It plays absolutely no part in our physical makeup, yet we are all so physically affected by it. We don’t require money to breathe, think, walk or talk. So, I find it fascinating though that without it, some of us can be rendered useless in society?

With that in mind, how is it that the most intelligent animals that exist on Earth have allowed money to outsmart us?