Over the past five years, Twitter really hasn’t changed much in the way people use it. Sure, communities are better defined (because we all now know how to hashtag), and there is never a shortage of anonymous tough guys and girls (because…yeah). But, all in all, the platform really hasn’t offered anything new or shocking. 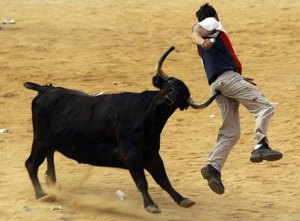 Even as someone who has served professionally in public relations, marketing, communications, and full-time media roles, it blows my mind, more now than ever, when a brand proves it has zero clue how to use Twitter (or social media in general).

*Regrettable only because it was wholly preventable. Then again, ol’ Chuck Darwin has an award named after him for a reason. And, at some point, it just gets hard to feel bad for uncoordinated folks who believe they can outmaneuver raging bulls.

So, what caused all of this?

On Tuesday, over several hours, The ICO Journal’s Twitter controller cannonballed like a champ into a shallow pool and hit his or her ass flat on the bottom – from both a journalistic and social media management view point – beginning with this:

Newsflash – there are lots of dummies in every global movement. If you happen to have TRX or Tron in your handle or screen name, you might be a ‘dummy’. Same goes for other coins and ‘fanbases’.

Several followers who didn’t appreciate the “dummy” label soon chimed in, and that number grew to many in short order. Meanwhile, the Journal account didn’t seem to mind the new attention, doubling down on that comment with other colorful adjectives to describe Tron enthusiasts they find to be offensive:

Endorsed and seconded. Anyone with any credibility in the crypto space doesn’t put an alt-coin in their handle or #fam or any other such nonsense. It is sophomoric at best and embarrassing at worst.

It continued, but really, what’s the point in a play-by-play at this stage. It comes down to this: nobody likes a self-important, condescending jerk – especially when there isn’t a good reason for it. And, the result (as of this writing) was a Tron-crowd-led bull run over the account and decrease in about 300 followers.

Earlier, I said this was all wrong from two points of view: journalistic and social media management. Let’s chat about those.

The tweet that began the entire fiasco – even prior to calling out Tron fans – was actually a retweet from a known Tron antagonist (I just joined the crypto community in April, and I’ve already seen the originator blocked by several others) who wanted to peddle a conspiracy theory as hot news and found a willing audience in the ICO Journal account manager.

Instead of (at the very least) vetting the information source and (at least pretending to try) finding more information, the IOC Journal posted it as a “maybe/might have/if/could be possible” rumor.

That flies under my personal level of comfort if I’m running a branded media account. Then again, they all have different standards, you know, like Julia Roberts in Pretty Woman – who would do everything but kiss on the mouth.

However … then it got Richard-Gere-just-called-you-a-whore ugly.

Immediately, instead of promising to dig more or work to validate the claim, the account then turned the burden of proof on the public and chose to believe that because nobody would play their game and answer with hard evidence that their conspiracy wasn’t true, then it must be a real something.

(Never mind you spent most of the afternoon rolling around in an unnecessary wrestling match while the entire crypto world had its best day in months. Silly.)

Look, account person, the public isn’t the media. It isn’t the public’s job to do your job. If you believe there is a question to be answered, a case to be solved, etc., it’s on you. Otherwise, you’re lazy and doing a disservice to your brand and the beat you cover. Or, you’re just gossip.

I don’t think that’s what you’re after, ICO Journal, so do better. Your shrinking audience deserves the best effort you can give.

As for the social media management side, everyone wants to be the master snark these days, don’t they? I hate to break it to you, but not everybody is Wendy’s Twitter. From what I’ve watched, you certainly aren’t, so maybe ease up on the snark since it seems like it might be your Mogwai. You just aren’t ready for the task of using snarky humor in your tweets.

Grow up. Learn some responsibility in your role as a crypto and blockchain info source. And, maybe, just maybe, we’ll see you and Gizmo all grown up in a sequel.

Or, what topics would you like to read about as we all grow with Crypto and Blockchain? Shoot an email to kitchenski@gmail.com with “Blog idea” in your subject line, or find me on Twitter at twitter.com/curtiskitchen. And, FULL DISCLOSURE: I am a Tron (TRX) investor. I am not a financial advisor. This content should not be used as a base for or considered to be financial advice.

1 thought on “Cause of death: Twitter Bull Run; The deceased: The ICO Journal”

This site uses Akismet to reduce spam. Learn how your comment data is processed.